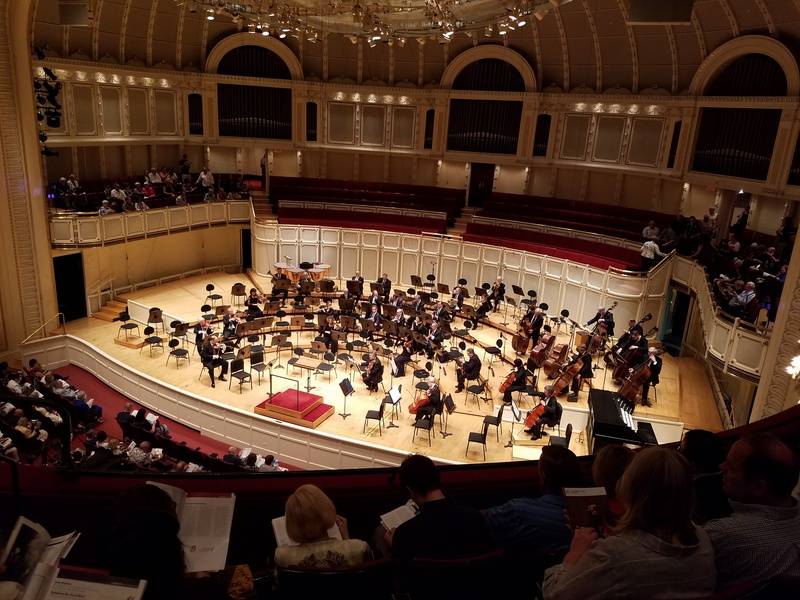 The band gathers on stage to tune and warm up. When Muti walked in, he mock-scolded a violinist who had kept him cooling his heels backstage and the whole orchestra sitting in silence for five minutes after curtain time waiting for her. When she finally appeared, I doubt she really enjoyed the applause mixed with chuckles that she received from the stage and the audience. Hey, when y'gottago... And the Chicago Symphony Orchestra, Chorus and soloists' performances of the Bruckner 9th and Te Deum were definitely worth 5 extra minutes waiting for. Spectacular way to end the season, June 26, 2016 .
/