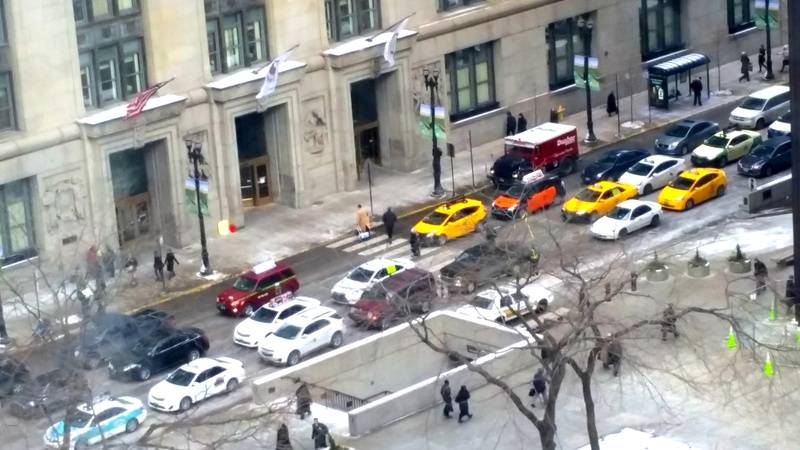 Chicago cabbies at the half-way mark of their 8am-to-10am protest of Uber, which involved driving around Chicago's City Hall (and right below my office windows) with horns a'blaring, and I felt like I was at a John Cage concert. Certain cabbies' had distinctive approaches. Three long beeeep-beeeep-beeeeps followed by two short beepbeeps; Two short Beep-Beeps followed by two even shorter beep-beeps; The classic beep-beep-ba-beep-beep [pause] beep-beep. The possibilities were endless. February 17, 2015.
0
/