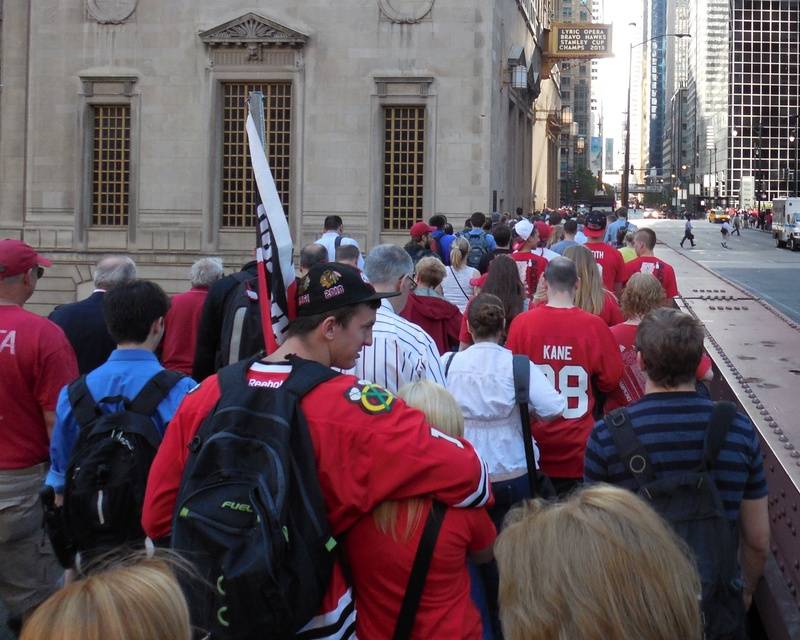 When I popped out of the Metra station up to the street at 7:30 this morning, I was immediately engulfed in a sea of Blackhawks fans getting downtown early for the Stanley Cup Championship rally, as we crossed the river together in hockey unity (even though I wasn't wearing red), June 28, 2013.
/