Calm Before the Sturm und Drang 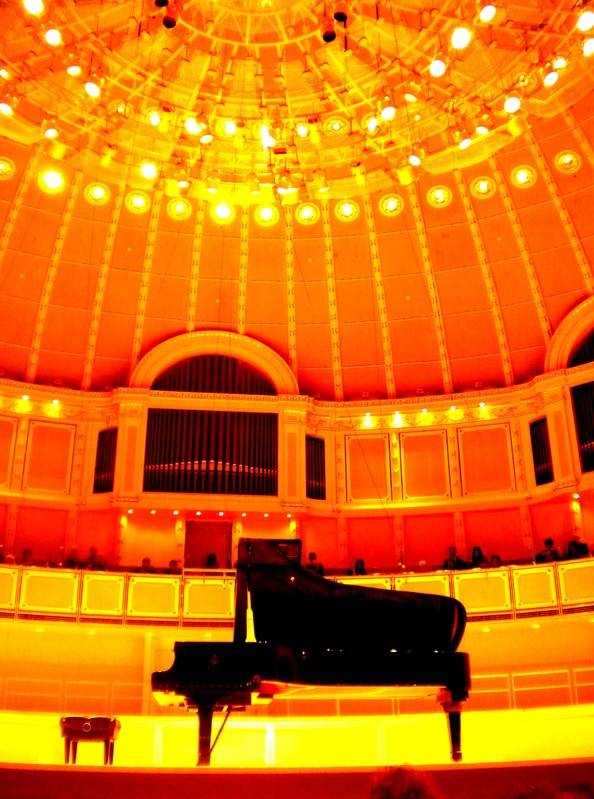 Waiting for Murray Perahia to begin his Orchestra Hall (Chicago) recital, an excellent program of Haydn's Sonata in D Major, Hob.XVI:24, Schubert's Six Moments Musicaux, Beethoven's Moonlight Sonata, Schumann's Faschingsschwank aus Wien, and Chopin's Impromptu in F-sharp Major, Op.36 and Scherzo No.1 in B Minor, encoring with a Brahms Intermezzo and Schubert's Impromptu Op.90/4, on October 14, 2012. The Haydn sparkled, played with some light touches of rubato, the Schubert emphasized sturm und drang instead of the deep sentiment, the Moonlight was inward for the opening movement and balls-out for the finale. In the second half, Perahia went full throttle virtuoso in the Schumann, while the Chopin didn?t do much for me either way [neither piece are favorites of mine]. The two encores were terrific, the Schubert in particular a highlight of the concert. Perahia looked positively wrung-out by the end.
/