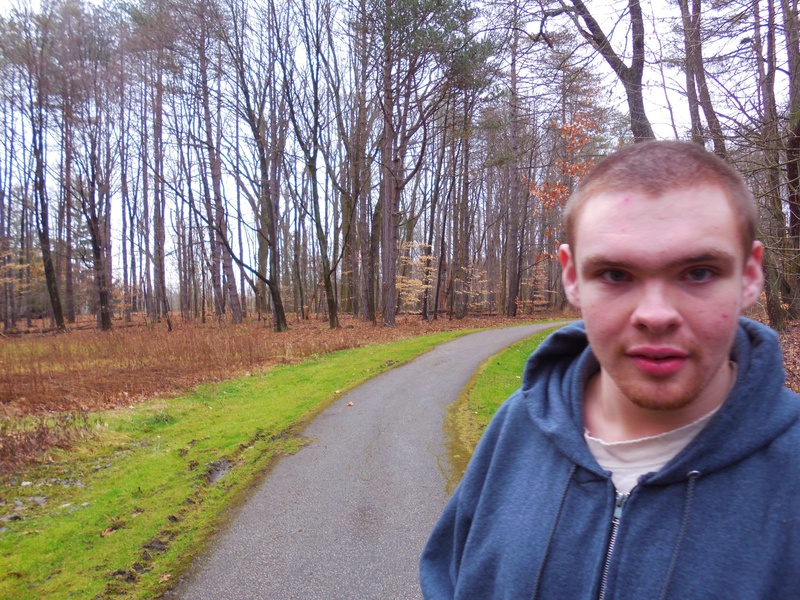 Cleveland Christmas Eve 2014 in the 50s means walks in the woods. 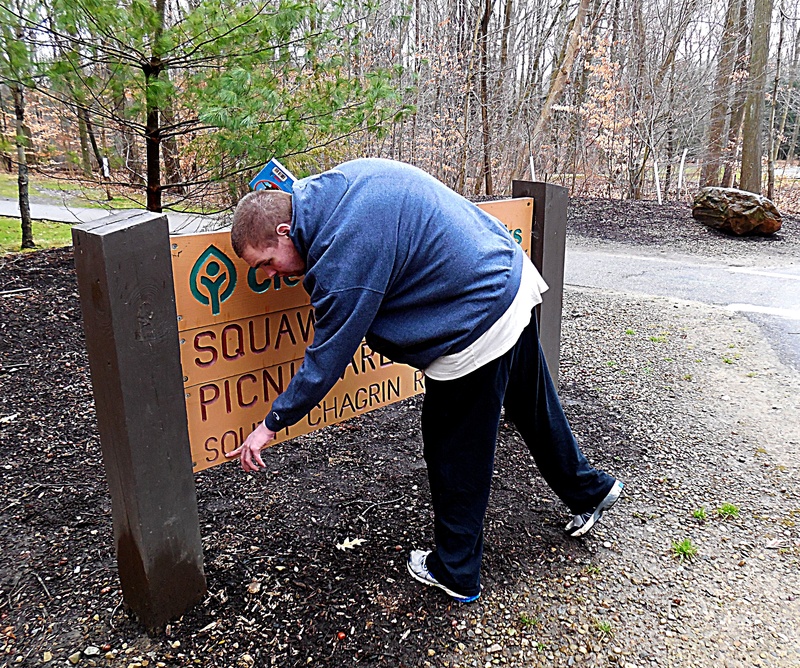 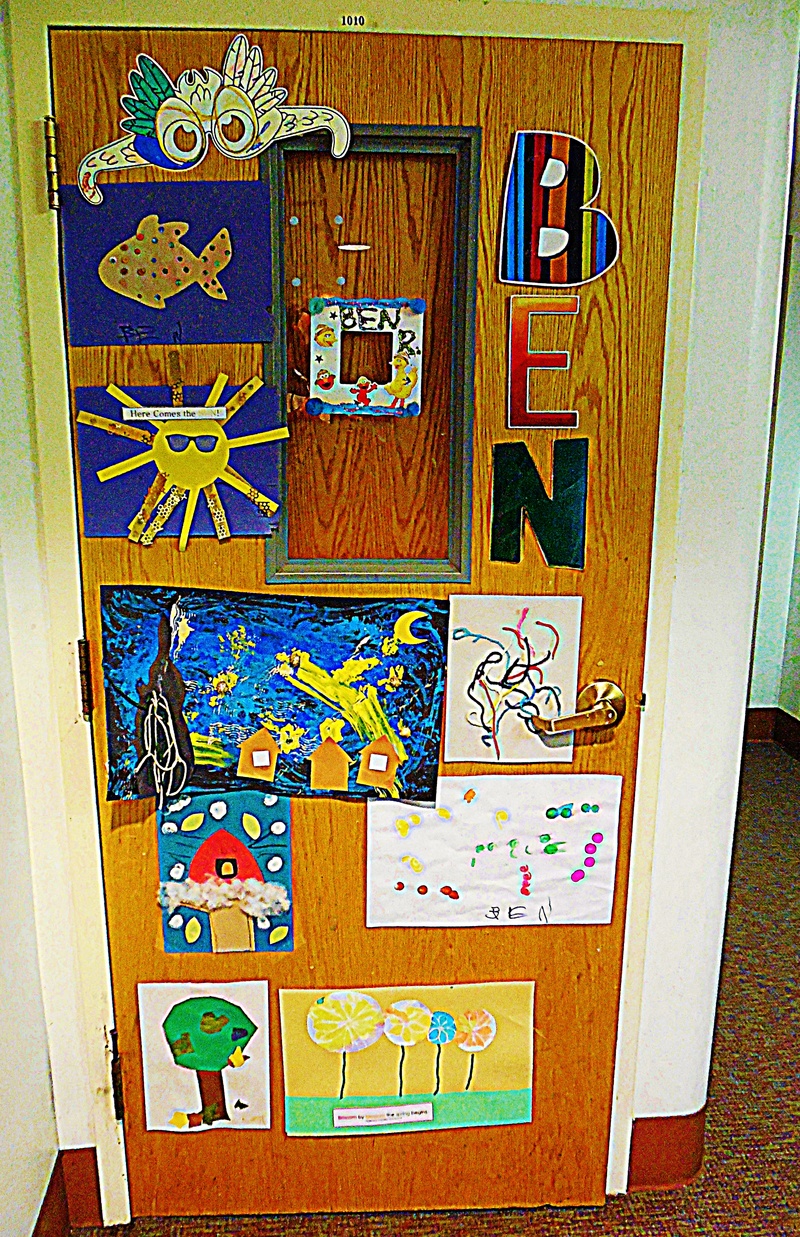 Ben looking hip in Karen's shirt thanks to getting his own shirt wet. A true metrosexual. And if it sounds like two videos are playing at the same time, that's only because Ben doesn't have a third video on the laptop going as well. Christmas Eve 2014.