Sometimes I’m struck by the irony that most of our world has become very, very aware of autism, except, from what we can tell, Ben himself. Or the thousands like Ben, with severe autism. Actually, we really don’t know Ben’s level of awareness of his different-ness, but every speck of behavioral evidence tells us he is, fortunately or unfortunately, clueless when it comes to autism, his own or in general. Maybe we’re wrong, which is even more disturbing – like an ALS sufferer locked inside themselves with no way to communicate their thoughts.

Nineteen years ago when Ben was diagnosed, we were all about the “cure.” We were members of Cure Autism Now (and how optimistic that name seems nineteen years later), which some years later merged with Autism Speaks. We co-hosted a fund-raising golf-and-auction event, compulsively searched the relatively new internet for scraps of hope for this grinding, devastating disorder, tried various types of interventions, and even a crackpot “cure” or two (anybody remember Secretin?). It wasn’t all for squat. Without the umpteen services and therapies he did receive, Ben would probably be in much worse shape. We love, truly, those who have helped him and those who tried even without any visible sign of success.

But here we are, with Ben approaching his 21st birthday, and while it’s better these days that Ben’s autism doesn’t require much explanation anymore, we’d be much happier if Cure Autism Now had succeeded.

And for us, we’re afraid that that horse has already bolted from the blazing barn. We wouldn’t join an organization these days named “Cure Autism Now” even if that’s what we want. The organization we need at this point is Prepare and Provide for Severely Autistic Adults Now.

From what we can tell, Ben is not an unhappy young man. It can take a lot to keep him happy, but being busy with purposeful activities, jobs and tasks is one of the essential ways. His happiness depends on it.

But the world is not ready to keep Ben and his cohorts engaged. It’s a big job. We know that. Every parent and every family and every service provider and every therapist who has worked with Ben knows that. This is a mountainous climb into an immense new world of services. It will – does – require a ton of work, dedication, providers, and resources (AKA money).

In a perfect world, Karen and I could leave this world not terrified of what Ben’s final years will be like.

In a perfect world, of course, there would be no severe autism in the first place.

But in our world, the work is just beginning.

Autism Awareness is a big step on a staircase where the top has yet to even become visible.

And for our kids, we continue to climb. We always will. 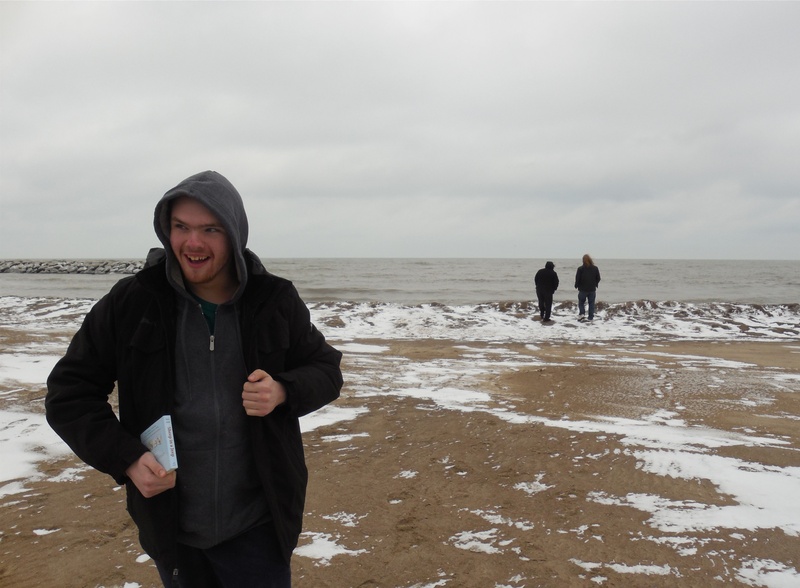